During our three full days in London we squeeze in a trip to Bunhill Fields, originally just an open field on the outskirts of town where religious dissenters were dumped rather than receiving a proper burial place. The dissenter’s graveyard is full of great men of the faith from the last five hundred years. Among these religious giants are John Bunyan, John Gill, John Rippon, John Owens, Isaac Watts, and Susanna Wesley. The unassuming acre of land is surrounded by a diverse and noisy city unaware of the impact these lives gave the world. It’s a sad but silent commentary on the state of religion in the UK.

Directly across the street from the graves of John Bunyan and Isaac Watts stand the Chapel, home, and museum of John and Charles Wesley. The home which contains the museum holds many treasures of personal notes, music scores, and sermons by the famous brothers. Their life was quite simple, devotion to their work obviously overshadowing their personal needs. The museum also contains the original organ on which Charles Wesley composed many of his great songs. The Chapel next door is a reconstruction of the original and lectures of its history are given daily. In the small garden courtyard at the back, Wesley’s monument stands tucked under the towering buildings of modern London.

One more stop close to this area is the British Library, which houses most of the world’s great Bibles. One of the first copies of the great English translation known as the King James Bible is displayed along with an original Gutenberg Bible, the Codex Sinaiticus, the Magna Charta, and many first edition Scriptures one cannot view anywhere else in the world.

Also in the Library is the Royal Stamp Collection, owned by the British Monarchy and the largest in the world. The Library receives a mint copy of every stamp ever produced worldwide. You can learn more about it at www.royal.gov.uk. 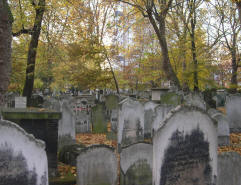 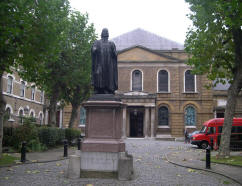