Our tour gives each guest a little free time in London, and there are so many places to take in around London! Packed with so much history and certainly worth the price is the Tower of London. Specially trained guides called Beefeaters weave a thousand years of history into the 2 hour tour. You’ll see the Traitor’s Gate where prisoners entered the Tower from the Thames, the actual cells of Anne Boleyn and Sir Walter Raleigh, and the glow-in-the-dark crown jewels which are removed under guard for Coronations or State events. There is also a knight in armor demonstration and viewing of the execution sites.

Buckingham Palace is not the massive edifice most expect, but the pomp and ceremony of the Royal Guards is the attraction. Of course, if you happen to be at the front when the Queen is leaving, you get an extra bonus. Within a short walk of the Palace is Whitehall and 10 Downing Street where the Churchill War Rooms, built in huge concrete tunnels beneath the government buildings, are open for visitors. The War Rooms are preserved exactly as they were the day WWII ended.

Tower Bridge offers not only a catwalk view of the Thames and the city, but tours take visitors below the bridge to see the engineering. The London Eye, along the Thames, will give you a one hour scenic ride high above Parliament, Big Ben, and most of the tourist area of London.

For a cultural view of London, head for Carnaby Street, Covent Garden at the west end, or Picadilly Circus. “Picadils” are French ruffles; circus means round, and so this roundly built commercial area was originally for dressmakers (of ruffled shirts) and haberdashers. Covent Garden is an eclectic collection of boutiques, cafes, a few antique stores, and lots of colorful people. At Carnaby, you’ll find everything you threw out in the 1960’s.

Hyde Park and its Speakers’ Corner are just across from the Royal Albert Hall. There is a gallows site originally made for prisoner executions; each doomed soul was allowed to say anything he wanted before being hanged. Today, any person who can speak eloquently enough to gather attention is welcome to air his views. Some interesting conversations! 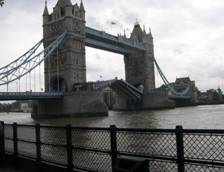 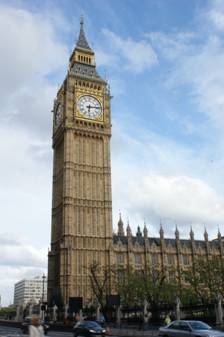