Although our Tour does not always include Leicester (pronounced “Lester”), England, it is worth a visit for the history of Carey, Bunyan, and of English nobles.  It was here that Carey wrote his famous work, Enquiry, prompting local pastors to undertake his burden for missions. The site of Carey’s church in Harvey Lane was demolished a decade ago to make way for a Holiday Inn, but the road leading to the site still retains the name Carey’s Close. The English word “close” is used to mean alley or small entrance (like a driveway) to a property. The term comes from the idea that these accesses were small enough to be “closed” off at night, usually with heavy iron gates, to keep enemy intruders from approaching. The Central Baptist Church on Charles Street houses an interesting museum of Carey’s work.

It was while John Bunyan served in Oliver Cromwell’s Army that his life was changed by what he termed Divine intervention. Bunyan was to serve his military guard post on the Leicester Fort wall, but asked a comrade to take his place. That night his replacement was killed; Bunyan knew the Lord had spared him for greater things. That part of the old wall has been preserved at the fortress site.

In the original town square there is a huge farmer’s market sitting amid streets with their old world names: Horsefair, Cheapside, Gallows, and Hansom Way, home of the inventor of the Hansom Cab. The famed travel pioneer Thomas Cook began his business in Leicester when his first arranged train party rode to Loughborough for a Temperance Meeting. 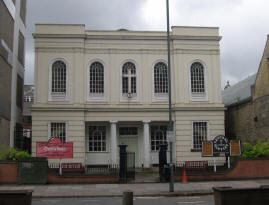 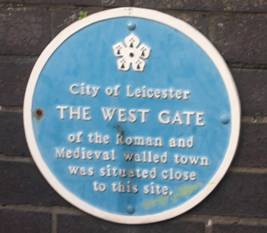 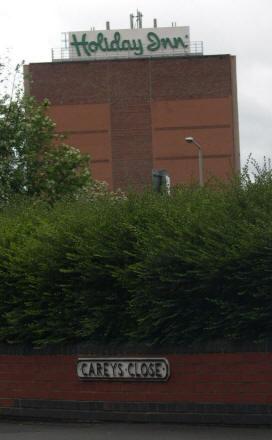