It’s impossible to leave Scotland without mentioning a few interesting highlights that enrich our visit with fascinating trivia. For instance, the Greyfriars Church of Edinburgh was the first church built after the Reformation. In 1562, Mary Queen of Scots, donated the land to be used for a burial ground. The original Gothic building soon followed, but it was blown up when the Town Council’s gunpowder supply, stored in the tower, caught fire. The oldest known example of the town’s coat of arms still can be seen above the original surviving doors. We visit the church to view the Martyrs Monument (1706) commemorating Covenanters killed during the 17th Century.

The Scone of Destiny is a rock large enough and shaped in such a way that one may use it as a chair. Found in the Scottish town of Scone, this rock was first used by Kings of Scotland as their coronation throne. It was thought by many to grant special powers of leadership. Edward I confiscated it after defeating the Scots and William Wallace. It remained in English possession until 1996. By agreement, the Stone is returned to Westminster Abbey for each coronation.

Then there are the many Scotsmen without whom our modern technology would be sadly lacking. Alexander Graham Bell (telephone), Baird (television), Fleming (penicillin), Dewer (vacuum tubes), Carnegie (steel magnate), a host of authors such as Sir Walter Scott and Robert Burns, and my favorite, the First Editor of the complete Oxford English Dictionary, James Murray.

Edinburgh still sports many kilts and Scottish fabrics. Most of us confuse plaids and tartans. The Tartan is the actual design or weave which creates a distinctive pattern often signifying a particular clan or family. Plaid refers to the length of cloth (the old Gaelic word plaide means blanket) made of the Tartan design. Many times the design is also made to mingle with the clan’s surrounding geography and acts as a natural camouflage.

Haggis? Neeps? Black pudding? Yes, they are real and they’re not that bad! The trick is to eat without asking what’s in it. Haggis is the unofficial national dish of Scotland and is made by using chopped liver, heart, and lungs of sheep boiled in its stomach lining. It is usually served with neeps, which is no more than a tasty version of mashed turnips. Black pudding (not the English blood pudding) is pig’s blood sausage. Not so good. What I can recommend is anything marked shortbread! 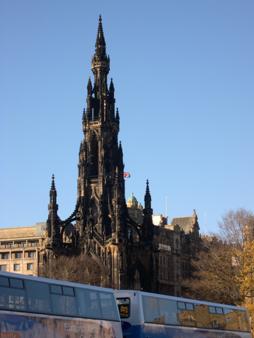 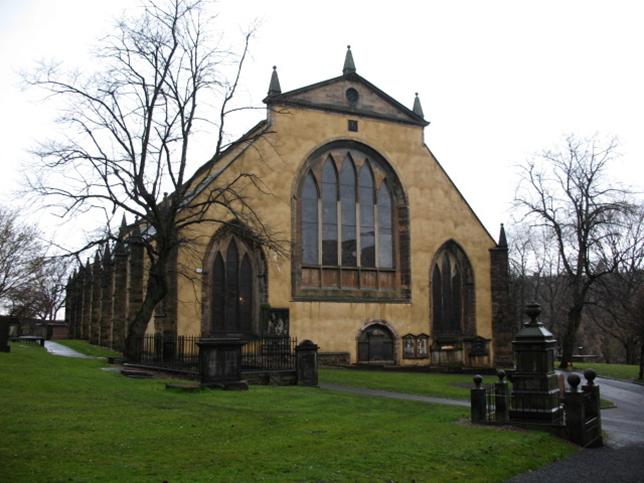