The Knowledge Of The Holy 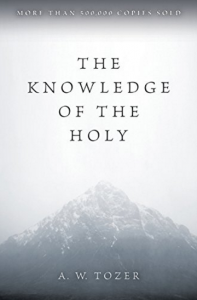