Long ago, my husband Terry purchased a little known book, Pilgrims in Their Own Land by Martin Marty. I daresay that many of the saints profiled in the book are little known, yet their impact was great. One descendant of the Mayflower passenger Josiah Winslow broke new ground with other religious separatists in forming the […]

“It cannot be emphasized too strongly or too often that this great nation was founded, not by religionists, but by Christians; not on religions, but on the Gospel of Jesus Christ” so stated Patrick Henry to the House of Burgesses in 1775. One of our most outspoken and biblically-grounded founding fathers had great respect for […]

The New Rule of Law 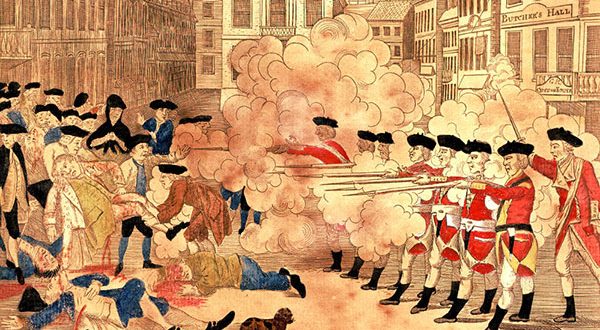 Little is known about the Boston Massacre of 1768 by the majority of American history students. Yes, we learn that Redcoats shot Boston citizens and that there was return fire, but to this day, no one knows who fired first. However, most students don’t learn the Christian principle that settled the matter. True, the British […] 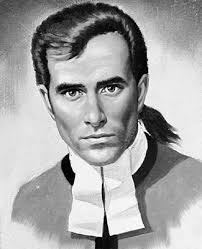 The Brainerd brothers David and John have been nearly lost to our history. Only a stone monument, a lone building at Yale University, bears the name of two great men of faith. These 18th Century men were quite possibly the catalysts for bringing Christianity to the majority of Native Americans. David Brainerd (1718-1747) trained in theology […] 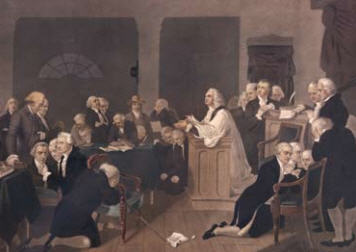 When the Continental Congress of 1774 met to begin the formation of a free republic, they didn’t rely on their business acumen, on their well-known faces, or on their own merits as great orators. They relied on prayer and the guidance of God, and historical records confirm this. John Adams described how at the first meeting, the first order […] 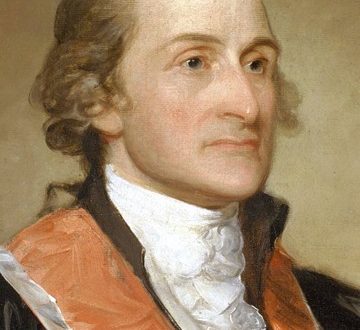 Literally forgotten among our founding fathers is our first Chief Justice of the Supreme Court John Jay. In selecting Mr. Jay, President Washington carefully considered men who were fully qualified both in law and the newly written Constitution, but who also were sound in the moral ground Washington saw as necessary for justice to be […]

A reprint of the 1828 American Dictionary of the English Language has been available for more than a decade now. A dear friend gave me one, and I suggest that every Christian home have one. Why buy an old dictionary? This volume was the completed work of Noah Webster and became the source for educational […]

It is common knowledge that the majority of schools in the new American colonies were founded as institutions for religious training. So important was this training to the new colonists that upon settling in, they immediately began to think of their spiritual growth and future. This required pastors steeped in the Word who would be […]