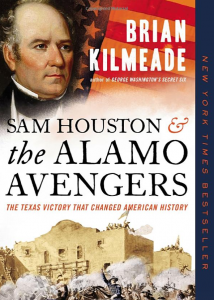 Brian Kilmeade did an interesting job of writing the history of that famous battle and also of what happened in the aftermath and how Houston avenged the death of those at the Alamo by defeating the Mexican general Antonio Lopes de Santa Anna in a later battle, the Battle of San Jacinto. The book also ties the story with Andrew Jackson who was president at the time and a mentor of Houston’s, and also the history of Stephen Austin. This is why Texas has two cities named after Houston and Austin. Some may want a more detailed approach to the subject and yet I like the “story” behind the whole event.