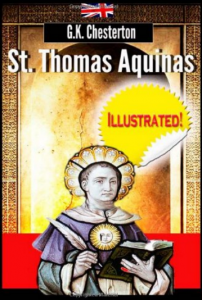 Chesterton wrote the kind of books that make you think.  He is one of the most quoted authors on culture and religious life.  He himself writes, “For upon this point modern writers write a great deal of nonsense; and show more than their normal ingenuity in missing the point.”

As in his similar book on St. Francis, Chesterton defends Catholic history, especially in the middle ages, by exposing the reader to great minds such as Aquinas.  These men defended the theistic view of God against a world of medieval paganism and pantheism.  To Chesterton (A Catholic, remember) tradition is the greatest defense against error.  Of church history he writes, “Men were always rebelling against the last rebels; or  repenting of the last rebellion.”

Why I Have Not Seen the Movie, The Passion of the Christ

Colorado has been an interesting place to live in 1993. We’ve watched Amendment 2, Dan’s Bake Sale, Pat Schroeder’s hair style, and now World Youth Day. This last event has been the most amazing by far. 375,000 Catholics from 70 countries of the world came here to observe the Mass from their holiest priest. This […]