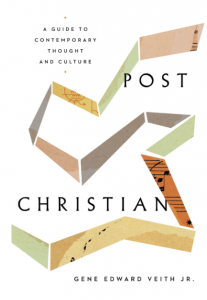 But Veith also contends that, no, we are not entirely “post-Christian.” In various ways Americans (and other worldlings) are retaining older and ancient forms of religions even if they are not Christian. He writes, “So scholars no longer accept the ‘secular hypothesis,’ the assumption that as a society becomes more modern, it becomes less religious. The global religion explosion–which is happening not only among Christians but also among Muslims, Buddhists, and Hindus–proves that.   . . This has given rise to a new term that is gaining currency among scholars in multiple fields. It is another post– word. Not postmodern. Not post-Christian. But postsecular. What is emerging or is already upon us is a postsecular culture” (p. 289). In other words, the “nones” and millennials are adopting various forms of pagan cultures and using them in their selfish life-styles–everything from self-help spiritualities to back-to-earth food and medicine to yoga. But, Veith reminds the reader, “Christianity has a high success rate evangelizing the heathen.” But also, “If postsecular non-Christians are ‘spiritual but not religious,’ the church would do well to recover its own heritage of Christian spirituality” (p. 299).

This is a great update to Postmodern Times, and well worth the money and time to read.