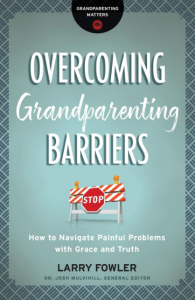 Larry Fowler is the founder of The Legacy Coalition which is printing this series of books called Grandparenting Matters, edited by Josh Mulvihill.  Fowler was the international director of Awana for many years so he has much to say about kids and those who love them.  This is an interesting book (only about 100 pages) that deals much with how grandparents can help wayward children and grandchildren.  His suggestions are pertinent and realistic.  Many adults in their later years try to deal unsuccessfully with problems which their kids are going through.  “When our kids were young, we held them in our arms.  That stopped as they grew older, but we have never stopped holding them in our hearts.”

Thomas à Kempis wrote, “Vanity it is, to wish to live long, and to be careless to live well.” The Bible is full of illustrations about older age that encourage us in our later years. One of those is the Psalmist’s picture of the palm and cedar trees in Psalm 92:12-15. 12 The righteous shall […]