Os Guinness has been one of those cultural watchers that I have enjoyed reading over the past few years.  He is capable of writing in many styles and, unfortunately, this is not one of my favorites.  The sub-title: A Guide to Your Search for the Meaning of Life, aptly describes the book’s numerous stories and […]

Guinness is arguing for a return to what he sees as the original Protestant and Puritan idea of calling:  “the truth that God calls us to himself so decisively that everything we are, everything we do, and everything we have is invested with a special devotion, dynamism, and direction lived out as a response to […]

I have enjoyed the books I have read by Os Guinness.  In this one, he is merely the editor and introduces four biographers who write on George Washington, William Wilberforce, Abraham Lincoln and Aleksandr Solzhenitsyn.  The four biographies are divided among about 150 pages.  I enjoyed the book for two reasons:  You get a quick […]

I read all the books by Os Guinness that I see. This book is sub-titled “Reflections on the Gathering Cultural Crisis.” It is a trilogy of stories that reflect the words of twentieth century voices that have cried out to our generation to heed the dangers. Reinhold Schneider, Aleksandr Solzhenitsyn and Shirley Jackson are three […]

I had read Os Guinness before but was recommended this 1993 book by a friend.  The sub-title is The Megachurch Movement Flirts With Modernity. In chapter one, titled “One Main Question”, Guinness asks, “In implementing its vision of church growth, is the church of Christ primarily guided and shaped by its own character and calling—or […] 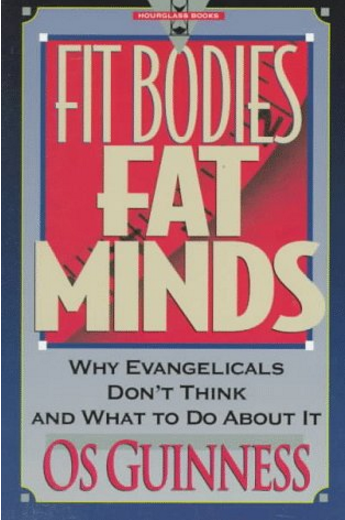 Os Guinness is becoming a well-known speaker and writer. He is enjoyable to read and targets today’s Evangelicalism with wit and insight. The sub-title of this book is, ‘‘Why Evangelicals don’t think and what to do about it.’’ If that suggests an air of sarcasm toward evangelical Christianity in general, it should. He says, ‘‘Failing […]