The Prophetic Word in Crisis Days 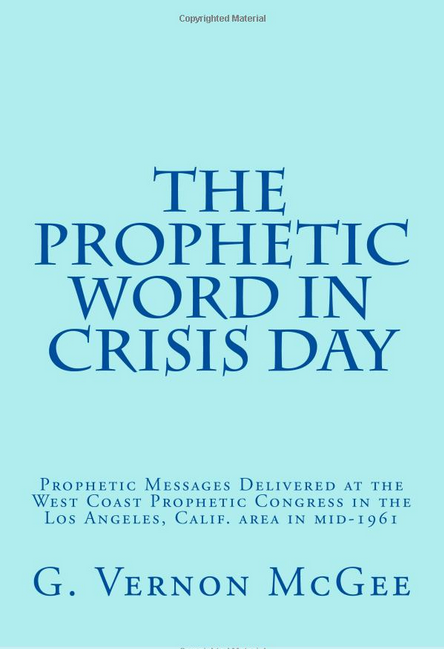 This was a lengthy book on prophesy which is now available on Kindle. These messages were first given in Southern California at the West Coast Prophetic Conference in 1961. Authors included John Walvoord, J. Dwight Pentecost, John Woodbridge, J. Vernon McGee, and others. These were messages confirming the pretribulational and premillennial comings of Christ. It […]

This book comes from that era (1969) of Premillennial Bible Colleges and prophetic conferences.  Hoyt was Chancellor of Grace College and Theological Seminary in Winona Lake, Indiana, a Grace Brethren School.  Many of my own professors were graduates of Grace and received good dispensational and premillennial teaching.  Other good writers associated with that school were […]