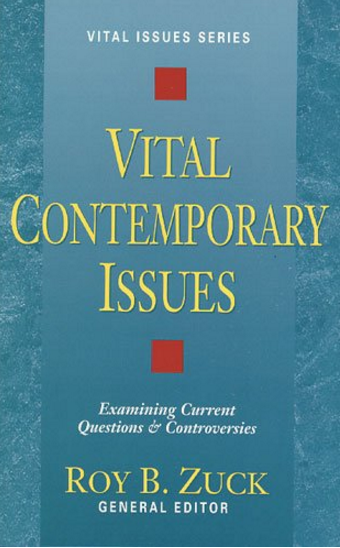 Last month I reviewed Vital Theological Issues from this same series.  These books are a good way to bring yourself up to date on current issues.  In section one, this volume deals with moral conflicts, abortion, homosexuality, euthanasia and AIDS.  In section two, it deals with doctrinal issues such as Liberation Theology and the Signs […]

I want to speak of the danger which at present, in my opinion, especially haunts the act of love. This is a subject on which I disagree, not with the human race (far from it), but with many of its gravest spokesmen. I believe we are all being encouraged to take Venus too seriously; at […]

For those of us who live in Colorado, the homosexual issue is a daily routine. We are constantly reminded at every turn of our intolerance toward those who call themselves homosexual or gay. Amendment 2 in this state is a microcosm of the feeling of the nation as a whole.  This issue has raised a […]