It is a telling sign of our time that we have to ask ourselves this question.  But when every other teaching that makes us uncomfortable is taken away, why should we be surprised when sinners are no longer told they need to repent?  This view is being taught today largely by what is called the […] 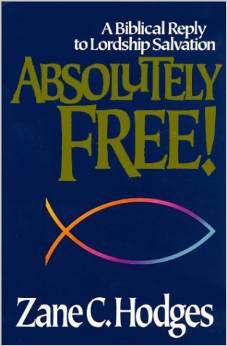 The job of doing Bible exposition not only involves interpretation (finding what the passage means) and illustration (highlighting the meaning with real life situations) but also application (exhortations to action based on the truths found in the text).  The application of a text can easily be ignored because this is the harder thing to do.  […]

Although I have read a lot of Havner lately, the reason for buying and reading this book is because I have been reading some things on revival.  This is Havner’s commentary on the letters to the seven churches of Revelation.  In those letters, the Lord repeats the admonition to the churches: “Repent or Else.”  Havner, […]

When A Christian Sins

I love to read these practical books from past but recent Christian leaders (written in 1954).  I think great preachers preach even in their writings.  This is a one-evening read that will encourage you for days to come.  Rice was one of those independent evangelists whose orthodoxy and scholarship made him acceptable to all.  Yet […]

Speaking To Those Who Are Never Wrong!

Our existence is more real to us than the existence of anything else because the existence of everything else is evaluated in terms of its usefulness and attractiveness to our purposes. Everything is subordinate to our will. To do evil is to attempt to retain that perspective and relation to others. To refuse to do […]