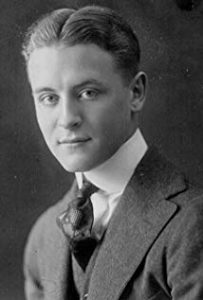 Perhaps the most popular classroom book of the late 20th Century was F. Scott Fitzgerald’s The Great Gatsby. The theme is a common one: American idealism has been corrupted by adopting materialism as its means. What teachers fail to add to the teaching of this book is that the liberal-socialist response they offer to this problem is not the answer. Giving up all that one has will not solve the problems of self-discipline nor will it add integrity to one’s character. Many fine Christians are wealthy and have learned to be good stewards of their money. In the book, only the character Nick is able to avoid total failure because he rejects the quest for money and returns to his Midwestern morality. While Fitzgerald hits the nail on the head in describing the problem, he fails to illustrate how morality based teachings will keep Nick from future failures. The difference between the right and wrong of any problem can only be based on the absolute values found in the Bible. Nothing in the author’s written philosophy points the reader to the true source of morality. Raised in a Catholic home and sent to private schools, Fitzgerald was exposed to wealthy families whom he sought to emulate. His life followed the track of his own book. He married a wealthy girl and then had to make enough money to keep her lifestyle. In the process, he became an alcoholic and a mediocre writer. His last days were spent in Hollywood trying to regain prestige with that superfluous crowd. While some of Fitzgerald’s criticisms may be accurate, he has no moral compass and cannot offer a valid solution to the problem. His observances are skewed. Fitzgerald has been acclaimed by some as an objective writer. This is not possible; values are subject to their absolutes. I suggest that this book is the summation of Fitzgerald’s own bitterness over personal failures, particularly his own obsession with money. Had he possessed a true rudder, he might have given us insight through this diary of himself. Instead, the reader is left with a despondent character in full retreat, having no answers to keep him from making the same mistakes.
Click Here to read more “From the Catbird Seat” articles.
From the Catbird Seat