Maybe you would not recognize the brand name of a car from Morrison’s Garage in Oxford, England. But if you’ve ever driven an MG, then you know the reference. Yes, the MG (now part of BMW) was the first economy car made in the garage of William Morris. Or the name Oxford itself, which came from the Anglo-Saxon words Ox + forda, meaning where the oxen cross the road. Oxford saddle shoes (ones that indicated an equestrian) originated here, as did the Oxford shirt, a particular weave of cloth made to last throughout one’s years at the University.

Oxford University was founded during the French and English dispute over the martyrdom of Thomas Becket (1170 A.D.). Gerald of Wales lectured in Oxford to numerous scholars and masters who subsequently organized a school along the lines of the University of Paris. There are 39 colleges within Oxford University, including the Magdalen College where C.S. Lewis studied and wrote. The Bodliean Library is one of the largest in the world with nearly 10 million volumes. It, like the British Library, receives a copy of every new book printed. When you visit Oxford, take the Red City Sightseeing bus (hop on and off for $20 all day) which stops at all notable places and provides constant narration. The town is too immense to see on foot.

Our history takes us to two memorable spots in Oxford. The first is the Martyrs Memorial which stands amid the busy town center on the main road. Here Bishops Ridley, Latimer, and later Cranmer were burned at the stake for refusing Bloody Mary’s return to Catholicism. About two blocks down St. Giles Street from the Memorial is the Eagle & Child pub where C.S. Lewis, Tolkien, and other aspiring writers met to discuss their works.

An interesting tidbit: James Murray (the OED Editor) had helped Alexander Graham Bell understand electricity while the two were neighbors in Scotland (Bell was much younger). In appreciation, Bell sent Murray his first working telephone prototype as a keepsake. At the time, Murray was living in Oxford. He thought little of the strange, mostly wooden object and parked it in his attic. When WWI soldiers occupied the town and quartered in his home during a very cold winter, they burned everything in the attic for firewood, including Bell’s original telephone model. 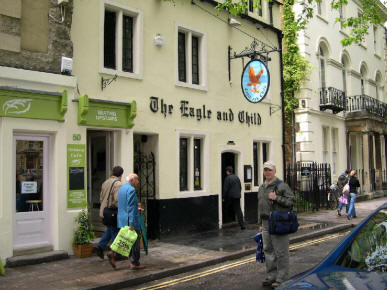 The Eagle and Child 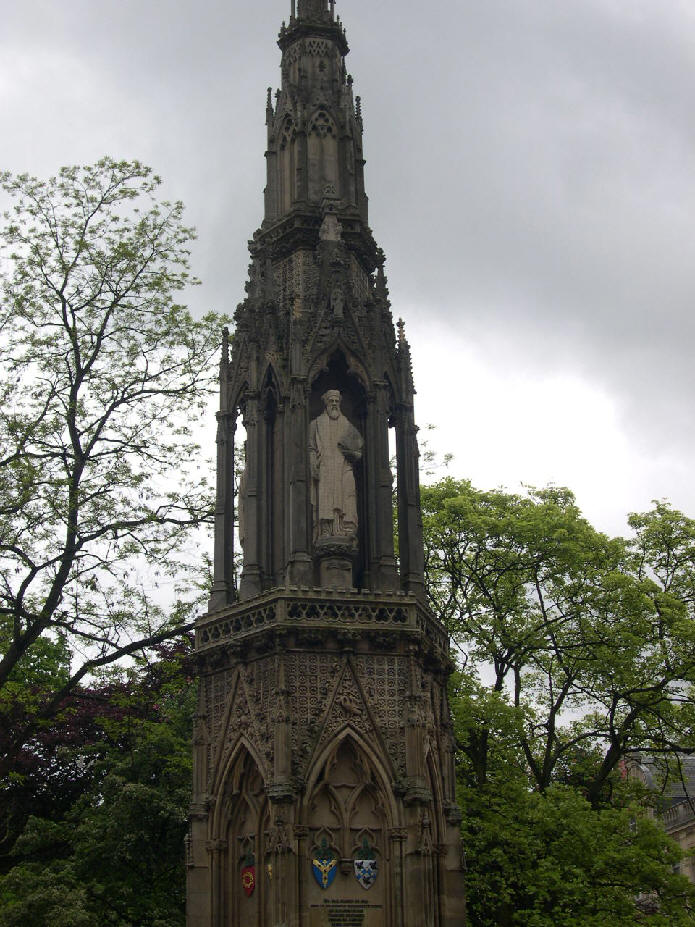