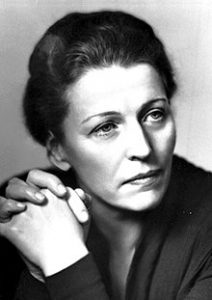 With the approach of Thanksgiving Day and Christmas Day, I recommend some reading which will emphasize what we have to be thankful for outside of that which many church services and family gatherings will address.  An almost forgotten author, Pearl S. Buck (1892-1973), drew from her rich experiences as part of a missionary family in China.  What’s so unusual about another missionary story?  Pearl Buck and her family (the Sydenstrickers) were living and working inside China before it was officially opened to the West.  Her most famous work, The Good Earth (for which Buck won a Pulitzer Prize) is a true life narrative of a Chinese family struggling to hold onto the small farm from which they exist.  The story is so rich with the culture of the country that it would be a treasure to read for that alone.  Buck is more than a narrator, though, and weaves human motive into a gripping plot filled with conflicts and resolutions to rival Dickens.  Her works are well above average level reading in vocabulary and structure (later in her life, Buck was a professor of English literature in Chinese universities).  This novel is the first in a trilogy; the second is titled Sons; the third is A House Divided. The lack of human comforts, the void of social entertainment, and the rudimentary lifestyle found in these novels will make any reader see his position in this day with gratitude and humbleness.  A gripping saga set in the Sino-Japanese war is Dragon Seed, often considered her very best novel because of its weaving of Chinese culture and intense plot.
Click Here to read more “From the Catbird Seat” articles.
From the Catbird Seat