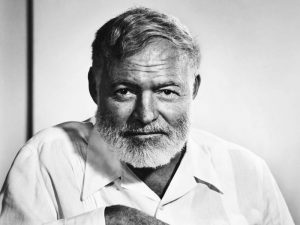 Parents often want their children only to read literature written by Christian authors. While this is becoming easier, keeping to that narrow niche leaves a huge void in the knowledge of classic literature which is necessary for higher education success. Many authors of the classics were students of the Bible, even if they did not accept its premise. Sound principles that parents can use as teaching models abound in classic literature. The key is to draw these principles from the literature and teach your children that they are timeless principles because they are true, regardless of who writes them. Some, like Leo Tolstoy of Russia, adopted Biblical principles without ever having owned a Bible. In the midst of a socialist society, Tolstoy is an anomaly. His timeless themes revolve around compassion for human suffering, a rejection of greed and excess in more than just monetary pursuit, and best of all, the clear knowledge of consequences for actions. One of his most famous novels, War and Peace, dwells precisely on the avarice of apathy. While the forces of Napoleon approach and bring ever impending disaster, high society moves about its frivolous routine, convinced they are immune because of their position. How often have we as Christians been warned of the impending disaster waiting at our spiritual borders? Yet we convince ourselves that the danger belongs to someone else, that we are immune. Tolstoy brings the perspective into focus by demonstrating how interwoven we all are to each other. When high society fails to face facts, they disintegrate in fear when the enemy arrives. Those who have hidden from the danger are disgraced, and those who stand up to the enemy either emerge victorious or die with a clear conscience. The end of the novel reveals characters with a renewed respect for an Almighty Creator and a deep thankfulness for being spared the death they deserved. These are sound, necessary lessons for any reader. An often missed short story of Tolstoy’s, “How Much Land Does a Man Need?” is a wonderful introduction to Tolstoy’s keen insight and style.
Click Here to read more “From the Catbird Seat” articles.
From the Catbird Seat