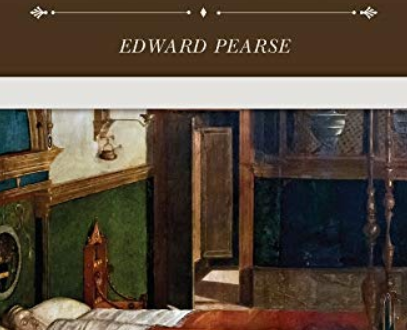 Edward Pearse (1633-1673) was a dissenting pastor in England and yet was appointed lecturer at Westminster Abbey. In his “To the Reader” Pearse explains that he knew he was dying and he wanted to leave these thoughts about death and dying to those behind.  He begins the second chapter, “An Important and Hard Task,” with this sentence, “Dying work, my beloved, is great work, and a dying hour is a difficult hour; therefore, we had need to have all things well-ordered and ready in the matters of our souls against that time, that work, when that hour comes.” All of his chapters  begin with a reference to this hard work of dying. He also writes, “For that which makes us ready for a dying hour is something of heaven dropped into the soul here” (p. 20).  “Death has no compassion for poverty, neither does it reverence greatness; it spares no gender, no manners, no age, only it seems to come in at the gate upon old men; but craftily it steals in upon young ones” (p. 30).  “None are more ready to die than the humble and lowly person, none are more unready than the proud and high minded” (p. 86).  “Why should you fear death? Yea, why should not you exalt and your heart leap within you at the sight and thought of its approach? True, it is a dark entry, but it leads to a fair and stately palace, even the Father’s house” (p. 115). This is the best treatment I have read on the subject since Richard Baxter’s The Saint’s Everlasting Rest.